Sonepar Canada, a member of the Sonepar Group, is an independent, family-owned company with global market leadership in the business-to-business distribution of electrical products and related services. The Sonepar Group is present in more than 41 countries, with approximately 2,300 branches, 190 operating companies, and 36,000 associates. In Canada, Sonepar has over 1,800 employees working out of 102 offices. 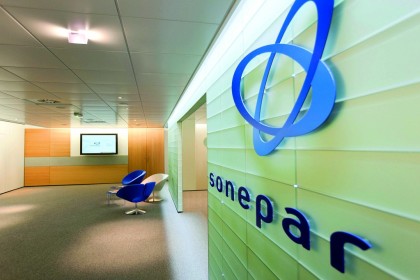 Strategic acquisitions and organic growth has positioned Sonepar as an industry leader. This rapid business growth, however, has presented a new set of challenges for Sonepar Canada’s IT organization.

Following its decision to go with Microsoft Azure, Sonepar Canada turned its attention to finding a partner that would best support this initiative. Based on a recommendation from a Microsoft account manager, Sylvain Casabon met with Itergy.

Itergy provided Sonepar with an expansive proposal detailing exactly how it would engage with Sonepar Canada, providing Sylvain Casabon and his team with the confidence they needed to move forward with the project.

To initiate the launch of the project, Itergy sat down with the Sonepar Canada IT team to conduct an “envisioning session”. Then, working collaboratively with assigned resources from Sonepar Canada, the planning phase was started and the architectural solutions and technical specifications were defined, thus creating a high-level implementation plan. Following the initial phase, the Windows Azure Test/Dev environment was configured and running in just a few days. Itergy proactively managed the process to validate the functionality of all components and confirm that the installation went smoothly. Itergy also transferred of knowledge and skills to the Sonepar Canada IT team  and ensured that the team understood how to leverage the benefits of the Active Directory Azure test lab.

The partnership with Itergy delivered a number of advantages, such as:

“By working with Itergy, a Microsoft Certified Partner, since the commencement of our project, we managed to save valuable time searching for and evaluating partners. Furthermore, Itergy assisted our team with the completion of our project by providing a highly skilled and knowledgeable resource base. With the help of Itergy, we managed to offer a wide range of informative and educational materials to our internal staff members, which helped them avoid potential mistakes.” -Sylvain Casabon, CIO, Sonepar